The MJBT headed to Monticello and River City Extreme for our 25th Annual Mike Light Jr MJBT/CBA Doubles event. This popular event drew 31 boys and 8 girls to have the opportunity to bowl with members from the Central Bowlers Alliance in a baker doubles format. The teams competed on the Kegel Great Wall of China lane pattern. The higher ratio and length of the pattern allowed for scores to be obtained when you made good shots.

On the girls side, CONGRATULATIONS to Hailey Triske and Amanda Vermilyea for going wire-to-wire and earning their doubles title. The championship match featured the #3 seeded team, Payton Rowley and Dana Kreyer, taking on Hailey & Amanda.  The stepladder matches consisted of two game totals, and the qualifying leaders got off to a quick start winning the first game by a 43 pin margin. Payton and Dana fought back, but some bad breaks prevented a comeback, as Hailey and Amanda closed out the match for the title (453-382).

For the boys, CONGRATULATIONS to Hunter Pomije and Chad Nelson for claiming this years doubles title. The title match featured the #1 seeds, Tyler Rittenour and Jason Craigen, going against Hunter and Chad. This was Tyler’s first stepladder, and the nerves showed early and often. Hunter and Chad took an early lead in the two game match, going into game two with a 34 pin lead. Jason got bit by the bad carry bug, and Hunter and Chad decided to claim the title is the best way possible, by throwing a 300 game in the 2nd game of the title match and coasting to the title (537 – 423).

Thank you to Jason Hanson (CBA Tournament Director), the CBA men and women for donating their time, and to John Foss and the entire staff at River City Extreme for hosting this month’s event. Also, thank you to The Locker Guy/Tom Corbett for his $150 donation to our prize fund this month. A very special thank you to all the parents that help out in making sure that our tournament runs as smoothly as possible.

USBC – Renewed annually through your local bowling league. Membership year from August 1 – July 31 of current season.  Not available for purchase through MJBT

Junior Gold – Renewed annually at cost of $30, also runs August 1 – July 31.  Must be paid prior to/along with the first JG event you participate in each season. Can be purchased through MJBT.

MJBT – Renewed annually at cost of $25. Good for the season in which it is purchased. This goes to offset expenses to run our event, much going back toward scholarships. 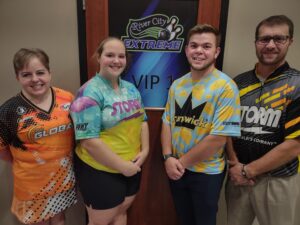 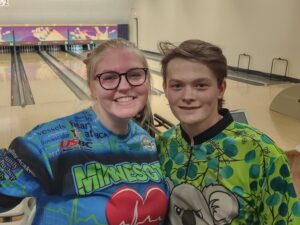 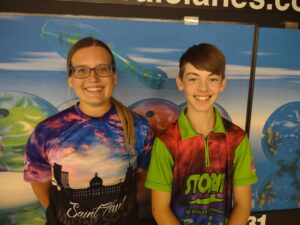